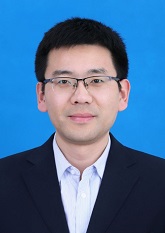 Xuechao Duan is a professor and deputy director of Research Institute on Mechatronics,  Xidian University. He received his B. E. degree in Electrical Engineering, M.E. degree and Ph.D degree in Mechanical Engineering from Xidian University in 2003, 2006 and 2008 respectively. From April 2013 to April 2014, he was a visiting scholar of Design Innovative and Simulation Lab in Ohio State University, USA. From January 2019 to January 2020, he served as deputy Director of Xi’an Municipal Bureau of Science and Technology. Now he is a member of Laboratory of Electronic Equipment Structural Design, senior member of Chinese Mechanical Engineering Society, member of IET and Automation Committee of Chinese Machinery Industry and Chinese Institute of Electronics. His research interest covers parallel robots, mechatronics and dynamics and control of underactuated mechanical systems. In recent years, He has published 53 academic papers and 4 invited lectures on international conference. As the main contributor, he has been granted one US patent and ten Chinese patents, including one successfully transferred in industry. Besides, he was PI of eight projects of National Natural Science Foundation of China, National Natural Science Foundation of Shanxi Province and equipment preresearch. He has won one first prize of National Science and Technology Progress, one second prize of Science and Technology of Shanxi Province, one first prize of Science and Technology of Shanxi Colleges, and one Science and Technology Award of Chinese Aviation Industry. He was awarded Second Prize for Teaching Achievements of Shanxi Province. Because of his outstanding contribution in education, he was entitled as the  training expert and Model Professor of Xidian University.