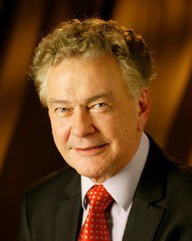 
Biography: Graham Hunt started his professional career in the New Zealand Air Force and was honoured to be awarded a Defence Scholarship to undertake a Ph.D. in the United States.  After completing his time in the Air Force Professor Hunt was invited to take up an appointment at Massey University in New Zealand. His growing focus at the university was on how to create professional aviation as a university-based discipline, especially involving the development of airline pilots, maintenance engineers and aviation managers. The Vice-Chancellor of the day was intrigued with his ideas and eventually agreed with the concept.  The achievement was a first in Australia or New Zealand. He became founding professor and Dean of the School of Aviation at Massey University (1990-2004). more